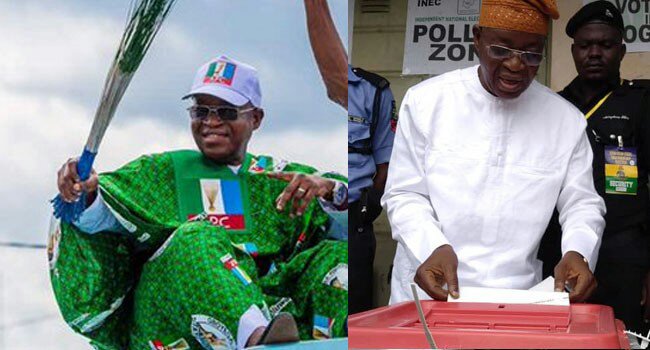 The Independent National Electoral Commission (INEC) has declared the candidate of the All Progressives Congress, Gboyega Oyetola, the winner of the Osun governorship election.

INEC declared Oyetola the winner of the poll after the supplementary election held in seven polling units on Thursday.

Oyetola had trailed the candidate of the Peoples Democratic Party, Ademola Adeleke, by 353 votes going into the supplementary election.

His votes from Thursday were however enough to help him overturn the deficit and be returned as winner of the keenly contested governorship election.

The final votes announced by the electoral body shows that Oyetola got 255,505 votes, while Adeleke secured 255,023 votes.