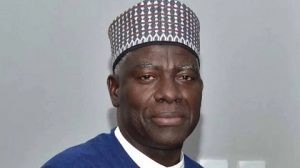 DailyNigerian is reporting that President Muhammadu Buhari has renewed the tenure of the Director-General of the Department of State Services (DSS), Yusuf Bichi.

Recall that Bichi was appointed in September 2018, following the retirement of the former head of the secret police, Matthew Seiyefa.

The report revealed that the President approved the extension of Bichi’s tenure for another four years after rejecting a number of candidates proposed to him.

It was said that Buhari wanted Bichi “to continue with the good job he is doing in intelligence gathering” instead of appointing a new head of the agency.

Confirming the development to the newspaper, the spokesman for the DSS, Peter Afunanya, said Bichi’s tenure has been renewed.

Bichi attended Danbatta Secondary School, the Kano State College of Advanced Studies and the Ahmadu Bello University, Zaria where he graduated with a degree in Political Science.

He began his career in the security division of the Cabinet Office in Kano, from where he joined the defunct Nigerian Security Organization (NSO) before it became the present-day SSS.

The 66-year-old was appointed in September 2018 after retiring from service two years earlier to serve as the director-general of the service.