Burial Of Father And Daughter Electrocuted In Port Harcourt (Photos)

Burial photos of a man and his daughter have surfaced on the internet. They were reported to have both died of electrocution in their home on the same day in Port Harcourt.

This is quite a painful time for their manner to have lost two members of the family in a day. 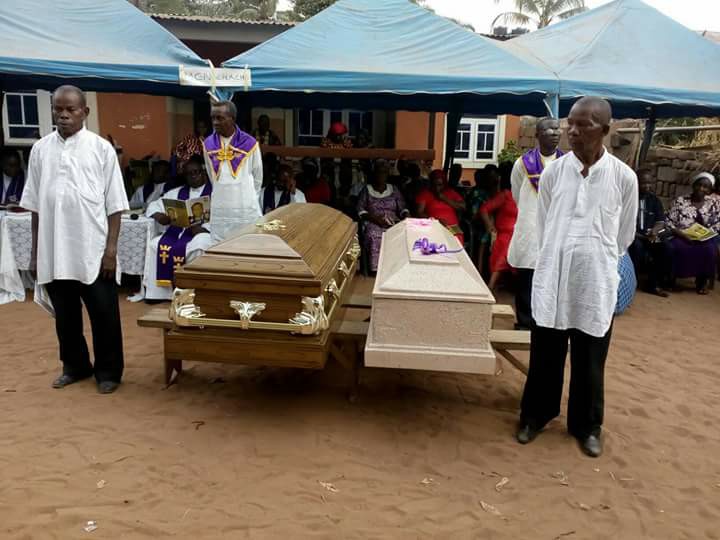 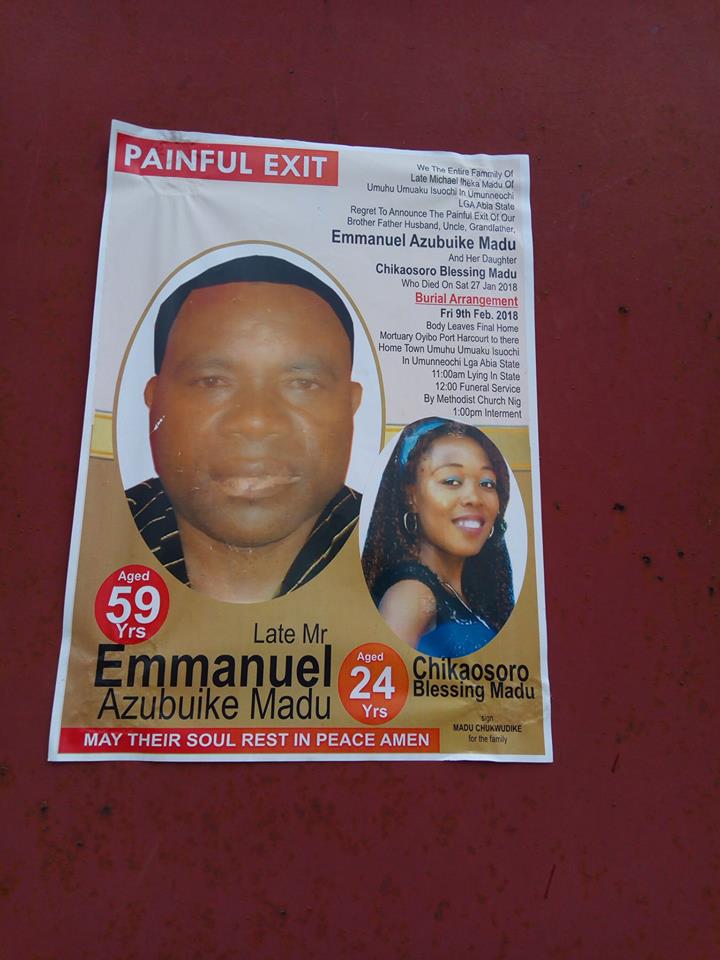 The man identified as Emmanuel Azubuike Madu, 59 and his daughter, Chikaosoro Blessing Madu, 24 – who died after they were electrocuted in Port Harcourt were laid to rest on Friday 9th February, 2018 in Isiochi, Abia state.

According to the report hared by one Chidera Chukwudi on social media, the sad incident took place on the 27th of January, 2018 and it was reported that the duo was burnt beyond recognition.

Facebook friends of the lady were in disbelief at the time the report emerged on social media. A lot of her friends claimed it could not be true as Blessing was a jovial lady that was loved by all. And some people said it shouldn’t be that kind of lady that should die on the same day with her father.

Some commentators even tried to debunk the news saying it was all fake and Nigerians should stop this, but the burial photos of the man and his daughter prove the story to be true.

In another photos, the coffins of the duo were laid side by side during the wake keep service and friends and families were there present in a painful and sorrowful mood.

Tragedies befall families, but it is quite more saddening if more than one member of a family had to die on a single day. In a similar incident that happened in December 2017.

Just a day to her birthday, a young Nigerian doctor, Ijeoma Onwubualili, was killed in a ghastly motor accident along the Enugu-Abor road. She reportedly died alongside her parents and her younger sister.

Her dad had hired a driver to take the family from Jos, Plateau State, to the Eastern part of Nigeria, for the traditional marriage of one of his daughters, in January, 2018. They had an accident along the way and lot their lives.