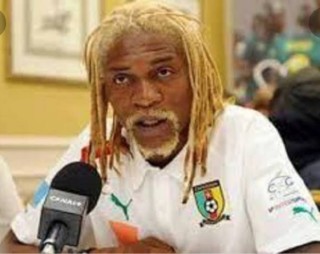 Legendary Cameroon skipper Rigobert Song has been named the new head coach of the Indomitable Lions.

Song’s appointment was announced in a statement signed by the Minister, Narcisse Mouelle Kombi.

He replaces Portuguese coach Toni Conceicao who had led the Indomitable Lions to a third-place finish at AFCON 2021.

Song’s first assignment is the 2022 World Cup qualifiers against Algeria who crashed out in the group stage of last AFCON.

At the 2003 FIFA Confederation Cup he skippered Cameroon to the final where they lost 1-0 to France in the final.