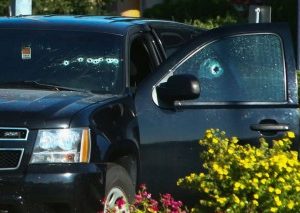 LANGLEY, British Columbia July 25 (Reuters) – There were several victims of a mass shooting early on Monday in the Canadian province of British Columbia and one man was in custody, police said.

Authorities had earlier issued an emergency alert for multiple shootings in the city of Langley and asked residents to stay alert and away from the area of the incident.

A Royal Canadian Mounted Police spokesperson said there were “several victims” in the incident. The statement did not specify the number.

Police in Langley, a suburb of Vancouver, said they responded to “multiple reports of shots fired with several victims and several different scenes throughout the City of Langley, and one scene in the Township of Langley” and asked the public to remain out of several areas, including the parking lot of a casino and a bus stop.

In an alert sent to B.C. residents’ phones, police said the shootings involved “transient victims”. The alert said the suspect was described as a white man in overalls and a camouflage t-shirt.

A Reuters eyewitness saw two black SUVs, similar to those used by police emergency response teams, in a ditch near one of the shooting sites. One vehicle had bullet holes in the windshield.