Edinson Cavani and Donny van de Beek have been ruled out of Manchester United’s Europa League clash against Real Sociedad with muscle injuries.

Ole Gunnar Solskjaer confirmed the duo would not travel to Italy for the game – which is being played in Turin due to Covid restrictions – after picking up knocks. Anthony Martial and Scott McTominay are also doubts for the fixture despite making the trip.

The Man Utd manager also confirmed Paul Pogba would not be back in action this month after coming off during the 3-3 draw against Everton with a thigh muscle strain. The France international was ruled out for a few weeks and is not expected to feature in February at all.

Solskjaer said: “We have a couple of doubtful ones and we will have to see if they will be fit enough.

“Anthony (Martial) and Scott (McTominay) we will have to check them tomorrow. Donny (van de Beek) and Edinson (Cavani) definitely not travelling. Donny and Edinson are injured with muscle injuries so they won’t travel.”

What was the update on Paul Pogba’s injury?

The United boss also gave an update on Pogba’s injury, saying: “Paul is recovering well he is starting the treatment and will still be a few weeks so he won’t be playing in February that’s for sure, still a few weeks until we see Paul definitely.”

Who has made the travelling squad for the game vs Sociedad?

United have taken a 22-man squad to Turin: 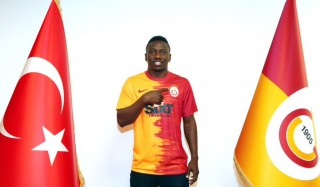 Etebo Set For Return Against Alanyaspor
Juventus 1 Manutd 2: See What People Are Saying About This ‘Amazing’ Mata’s Equaliser