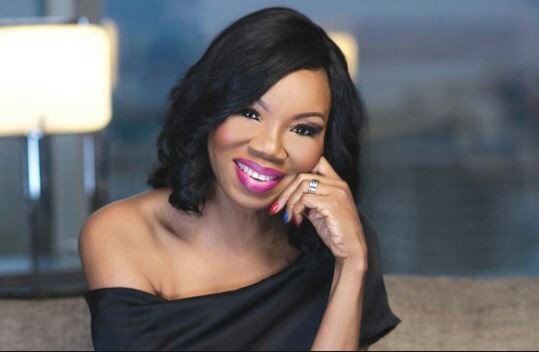 Betty Irabor, Genevieve Magazine publisher, has stated that it is better to stay single than getting married and live unhappily. She gave the advice to prospective couples on her social media page.

She added that singles should not marry in haste.

Betty gave her advice while reacting to a message a fan sent to her. The fan had sent her a message complaining of not being happy in her marriage .

Betty first shared the screenshot of the message she got. (see below)

Betty then wrote: “She needs our advice! Personally, I think this whole idea of succumbing to societal or peer pressure to marry before a certain age is one of the reasons there’s more divorce and unhappy marriages and in some case mental illness.

“I believe it’s better to stay single than marry and live unhappily ever after.

“If this lady is as miserable in her marriage as she says, she should work towards getting out. It’s better to be single and happy than married and miserable as in this case. I advise that they should both see a marriage counselor… but once again, let me say this loud and clear, if you marry in haste you will repent at leisure…”