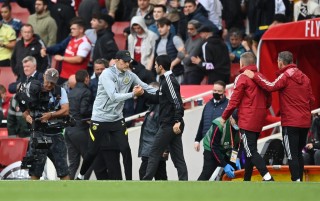 Thomas Tuchel and his wards at Chelsea will face Arsenal at Stamford Bridge on Wednesday night, 20 April, in a Premier League battle that is expected to be challenging. Since crashing out of the Champions League, Chelsea players are trying to put the disappointment behind them and focus on their remaining games this season.

In response to their Champions League elimination, Chelsea defeated Crystal Palace 2-0 in the FA Cup semifinal and will face Liverpool in the final of the tournament.

Arsenal on the other hand were defeated by Southampton in their last Premier League game as the Gunners continue their fight to finish among the top.

What was the result of their first meeting at the Emirates?

Time for the Premier League encounter?

The Premier League encounter between Chelsea and Arsenal will kickoff at 7:45pm.