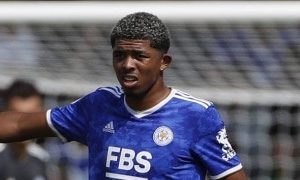 The London Evening Standard says Fofana is their primary target but, despite his desire to move to Stamford Bridge, Leicester have made it clear they do not want to lose the 21-year-old.

That could force Chelsea to pay over £80m for Fofana, who has five years left on his contract after signing a new deal in March.

Leicester want what would be a world-record fee for a defender, which was set in 2019 when they sold Harry Maguire to Manchester United for £80m.

Chelsea are primarily focusing on signing a central defender after losing Antonio Rudiger and Andreas Christensen on free transfers to both Real Madrid and Barcelona.