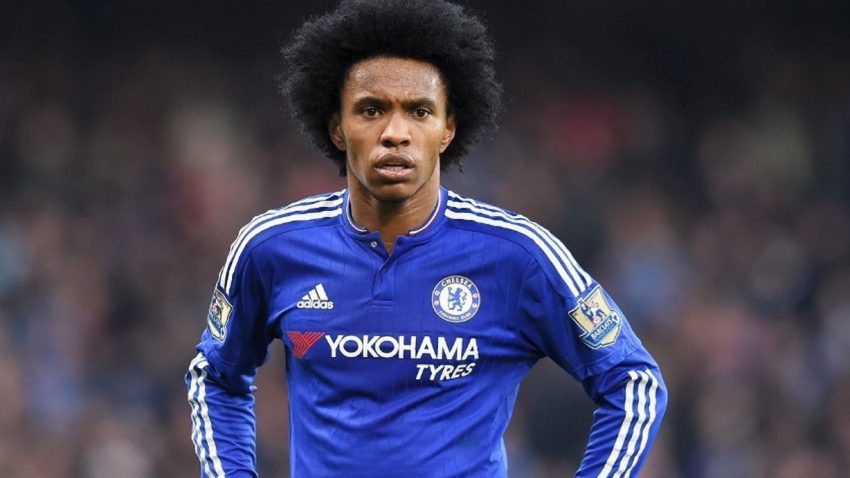 According to Daily Mail, Chelsea FC have rejected a £50m offer from Barcelona for Brazilian attacker Willian. The report stated that the player’s representatives have been in Barcelona and also held talks with the Blaugrana chiefs.

However, Chelsea are not interested in letting go of the Brazil international. Barcelona won the domestic double last season but manager Ernesto Valverde is believed not to be content with the squad’s depth and attacking flair, a situation which was obvious in the side’s defeat to Roma in the UEFA Champions League quarter-finals.
Barcelona reportedly see Willian as a player that can help improve their attack and link up perfectly with fellow countryman Philippe Coutinho, following Andres Iniesta’s departure.

Willian is also a subject of interest from Manchester United as they made attempts to sign him in January, although the move was rejected by Chelsea as Willian was on an impressive run of form at the time.

He displayed inconsistency towards the end of the season. Regardless, Chelsea are not ready to let him leave Stamford Bridge. Meanwhile, Chelsea FC are currently in talks to sign Aleksandr Golovin.