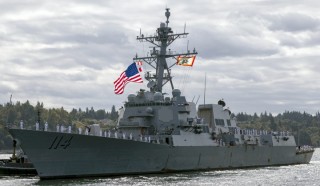 The U.S. destroyer Ralph Johnson’s sail-through of the Taiwan Strait on March 17 was a “provocative” act by the United States and sent the wrong signals to pro-Taiwan independence forces, the Chinese military said on Saturday.

Such an act was “very dangerous”, a Chinese military spokesperson said in a statement, adding that troops were organised to monitor the Ralph Johnson’s passage. read more

China says Taiwan is the most sensitive and important issue in its relations with the United States. Washington has no formal diplomatic relations with Taipei, but is Taiwan’s most important international backer and arms supplier.