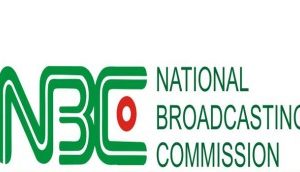 Recalls that the NBC on Wednesday slammed a N5 million fine on Trust Television Network (Trust TV), owned by Media Trust Group, over the broadcast of a documentary titled “Nigeria’s Banditry: The Inside Story”, which was aired by the station on March 5, 2022.

The documentary was produced after months of investigations intended to trace the roots of the raging banditry and provide policymakers insight into possible means of ending the carnage.

The decision by the broadcasting regulator sparked widespread condemnation with many industry stakeholders and other Nigerians condemning the federal government agency over what some of them described as “gagging of the press” and denying Nigerians the right to know.

The NBC communicated the sanction through a letter dated August 3, 2022, which was signed by its Director General, Balarabe Shehu Illela.

The commission said the fine was imposed on Trust TV because the broadcast of the said documentary contravened sections of the National Broadcasting Code.

In a statement released Wednesday evening, the NBC management also slammed a N5 million fine on each of MultiChoice Nigeria (owners of DSTV), Telcom Satellite Limited (owners of TSTV) and NTA-Startimes Limited (owners of StarTimes) for airing a similar documentary by the BBC Africa Eye titled, “The Bandits Warlords of Zamfara”.

The commission alleged that the documentaries “Glorified activities of bandits and undermines national security”.

NBC said the imposed penalties on the broadcast media platforms and station is to be remitted not later than August 30, 2022.

“Failure to comply with this will lead to the imposition of a higher sanction as provided in the Code,” it added.

It said broadcasters are enjoined to be instruments of national unity and desist from using their platforms to promote and glamorise subversive elements and their activities.

The sanction followed a threat by the Minister of Information, Lai Mohammed, who at a news conference last Thursday pledged that Trust TV and the BBC would be sanctioned for airing the two documentaries.

In a statement, the management of Media Trust Group said “As a television station, we believe we were acting in the public interest by shedding light on the thorny issue of banditry and how it is affecting millions of citizens of our country.”

The management said it was studying the commission’s action and weighing our options.

“The documentary traces the root of the communal tensions and systemic inadequacies, which led to the armed conflict that is setting the stage for another grand humanitarian crisis in Nigeria.

“It presents insights into the intersection of injustice, ethnicity and bad governance as drivers of the conflict.

“It also aggregates voices of experts and key actors towards finding solutions, including those of the Minister of Information and Culture, Alhaji Lai Mohammed, Senator Saidu Mohammed Dansadau, who hails from one of the worst hit communities in Zamfara State.”

The statement added that other experts who featured in the documentary include scholars like Professor Abubakar Saddique of the Ahmadu Bello University, Zaria and Dr. Murtala Ahmed Rufai of the Usmanu Danfodio University, Sokoto, who have both studied the subject of banditry for a long period. The documentary also brought to the fore the horrifying stories of victims of banditry.

The Lagos-based International Press Centre (IPC) said it was miffed by “The imposition of the arbitrary fine” as it asked the federal government to “Refrain from constituting itself to the accuser, the prosecutor and the judge in its own case.

“In the circumstance, the IPC considers the fine imposed on Trust TV an act of injustice, an assault on media freedom and a violation of the right of the people to know the truth about the dynamics of banditry in the country and the decision should therefore be reversed”, said the Executive Director of IPC, Mr. Lanre Arogundade.

“IPC is dismayed that the federal government through the NBC has shamefully done that, forgetting that in a democracy, the basic tenets of the rule of law cannot be trampled upon as it suits the whims and caprices of those in the corridors of power.

“In the above context, it is worth pointing out that Trust TV was neither notified of the alleged infringement of sections 3.1.1, 3.12.2 and 3.11. 2 of the Nigeria Broadcasting Code nor requested to defend itself against the allegations before the fine was handed down.

“In other words, there was no fair hearing for Trust TV, but a one-sided hearing of the accusation by the information minister upon which the NBC acted.

“It is unacceptable that NBC, funded by taxpayer’s money and expected to act in the public interest, would continuously exhibit the symptoms of an attack dog of the government once the information minister blows the whistle.

“The federal government, the information minister and the NBC must be made to understand that the banditry ravaging the country and daily putting the lives and property of the citizens in jeopardy is not a creation of the media, which has through editorial opinions, investigations and broadcast programmes offered suggestions and support to the government on the way out of the general insecurity,” the statement reads in parts.

The IPC called on the Broadcasting Organisations of Nigeria (BON), Nigerian Guild of Editors (NGE), the Nigeria Union of Journalists (NUJ) and other bodies championing freedom of the press and freedom of expression in the country “To rise in unison in condemnation of this new development and hostility by the government”.

Speaking to Daily Trust, the President of the National Association of Telecommunications Consumers of Nigeria, Adeolu Ogunbanjo described the sanction as “anti-people”.

Similarly, another right activist Bashir Miraina condemned the sanctions calling it draconic, as he called on Nigerians to “Resist any anti-people policy by the Buhari-led government”.

Reacting to the development, the Head of the Department of Mass Communication, Bayero University, Kano (BUK), Mainasara Kurfi, an associate professor opined that the mass media has a responsibility to the public and the government should rather than sanction the media, address the insecurity.

“We should note that the mass media have the responsibility to report issues of interest such as insecurity, which has been affecting the lives of citizens in Northern Nigeria. In so doing, it may draw the attention of the federal government to live up to the expectation.

“This could be the reason why Trust TV aired the documentary. The FGN should therefore understand the perspective of Trust TV. Rather than sanctioning media organisations, as a matter of urgency, the FGN should simply address the activities of those distasteful criminals once and for all,” he said.

Also commenting, Dr. Ruqayya Yusuf Aliyu, a senior lecturer at the Department of Information and Media Studies, said it was an “Unfortunate development that despite the claim of practising democracy, Nigerian press is still facing such deliberate attempt to cripple its operations”.

She added that this was “However, not to say that it’s okay for the media to glorify crime in any form.

“For me, the government is just trying to cover its ineptitude with fines and other claims. Why not a milder sanction if at all there should be.

“It should understand that Nigerians are sick and tired of the security situation in the country as a result of the government’s careless approach to ensuring security and Trust TV reflects the society within which it operates.”

She added that “The government also needs to be conscious of the fact that in our present day, even if not reported by mainstream media, the digital platforms are all available, with an unimaginable power and reach to report.”

She, however, advised that “Trust TV must be very conscious of the type of content it airs. This has a stake in its credibility and trust, especially that it’s just coming on board. Responsible, public interest journalism should be the watchword.

On his part, a lecturer at the Department of Mass Communication, Ahmadu Bello University, Zaria, Dr Kabiru Danladi Lawanti, said “I think what Trust TV did was to help government and other Nigerians understand the conflicts due to misinformation, half-truths and rumors.

Dr Lawanti said “what the government did through NBC was to intimidate the media.

“Instead of following the lead to bring the conflicts to an end, they prefer to chase shadows. This is very dangerous for democracy, free media and the safety of journalists. This act should be condemned by lovers of democracy and free press. I hope Daily Trust will challenge this intimidation in court.”