House of Representatives yesterday stepped a motion to obtain the report of the 2014 National Conference with the aim of incorporating it in the ongoing constitutional amendment process of the national assembly.

The motion moved by the Deputy Minority Leader of the House, Hon. Toby Okechukwu had made reference to the over 600 recommendations of the conference which he said were far-reaching.

He said that the reports of the 2014 National Conference and the report of the ruling All Progressives Congress, APC Committee on True Federalism chaired by Kaduna State governor, Nasir El-rufai will benefit the National Assembly in the discharge of its constitutional responsibilities.

Moving motion, he said “The House is aware that the Federal Government of Nigeria instituted the National Conference on March 17, 2014 where about 492 delegates drawn from various segments, interest and professional groups of the Nigerian society brainstormed on how to build Nigeria into a more cohesive, viable, prosperous union.

“Aware that the Conference, made over 600 recommendations cutting across public service; devolution of powers and political restructuring; national security; trade and investment; energy; public finance and revenue generation; social welfare; politics and governance; electoral reforms, among others.

Mindful of the fact that this House, as well as the Senate, set up respective Committees on Constitution Amendment;

“Equally mindful that Section 4 of the 1999 Constitution of the Federal Republic of Nigeria vests in the National Assembly the powers to make laws for the peace, order, and good government of the Federation.”

But hardly had Okechukwu finished moving the motion when the Deputy Speaker of the House, Ahmed Idris Wase countered the motion, saying it was procedurally wrong.

He said that the Committee had sent out a notice, requesting inputs by way of memoranda from Nigerians.

According to him, it was incumbent on owners of the documents to submit them to the Committee if they considered them important.

At this juncture, Speaker Femi Gbajabiamila who noted the input by the Deputy Speaker asked Okechukwu if he was contented with the intervention even though the prayer of the motion was commendable.

In his reaction, Okechukwu agreed to withdraw it but promoted a caveat that the documents should be made available to the committee in the course of the Committee’s sitting.

Speaking to Journalists afterwards, Okechukwu insisted that he would ensure the document was obtained at the committee level.

He reasoned that the speaker must have agreed to step it down with the hope that it was the responsibility of the committee to obtain the documents.

He said” The motion for me is additional and persuasive authority for us to have that literature dialogue by reputable Nigerians and if we are truly the representative of the people we ought to have the documents. There isn’t anything in that conference report that cannot address the mileage, challenges we are facing in our union.

“From revenue generation to devolution of power to state police and so on. We are strongly believing that the state of our union is not strong and that having that work that has been addressed and dealt with by reputable Nigerians. We need to have that body of literature and input by Nigerians.

“As the deputy speaker believes that what we are looking for in Sokoto is in our shokoto, which means we have the responsibility of having the report. So if he has taken that obligation then it’s his responsibility to make sure it’s part of what we address in the constitution review. That document has become a document of the presidency and it should be made an official document of the parliament.

“The Speaker stepped it down because he was believing that the deputy speaker advise suffices. I was of a different view that we should have the motion. But the speaker in his wisdom was of the view that the deputy speaker whose responsibility is to get those documents, if he has obligated himself to have those documents nothing is wrong with it, then we can have it through him. I will interrogate that at committee level if he doesn’t.”

Also speaking to Journalists, the Leader of the House, Ado Doguwa said there was no opposition to the motion by Okechukwu but that it was procedurally wrong to ask the House to specifically call for the documents.

He added that the motion was unnecessary as the committee had already been mandated to do its work.

“I don’t think there was anything against the motion of Deputy Minority Leader, Rt. Hon. Toby Okechukwu. What actually happened was that we all agreed that he was offering a very good piece of advice. What he was offering was something you can really believe is essential in the El-rufai APC report and the 2014 national conference report. These are essentially historic documents that may be very much of help to the constitutional review process at the moment. All we were saying is that the procedure on which he came up was quite unconventional.

“For a Committee like the Constitution Review Committee which was already out there working and has also made itself available for all the agencies, institutions, civil society organizations, the media and every other Nigerian, has been given the opportunity to come up by the normal memoranda submission to the process. So, you don’t expect any instrumentality of the House by way of motion or resolution to further entrench that mandate already given to the committee. We felt it was superfluous, not necessary but the piece of advice he offered was noted.

“The motion was unnecessary but coming up with a very good piece of advice which he would have ordinarily submitted at the committee level to which he’s a member. But nobody argued against him. It was not against him as a member. Nobody also argued the idea in the context of the motion he raised. But the procedure was wrong and we should not be misled”, he said. 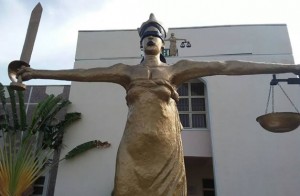 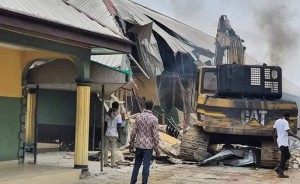 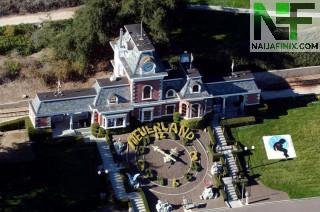 Michael Jackson’s Famous Neverland Ranch Has Been Sold. Check Out How Much It Cost
Burial Poster Of Nollywood Actor, Gbenga Akintunde 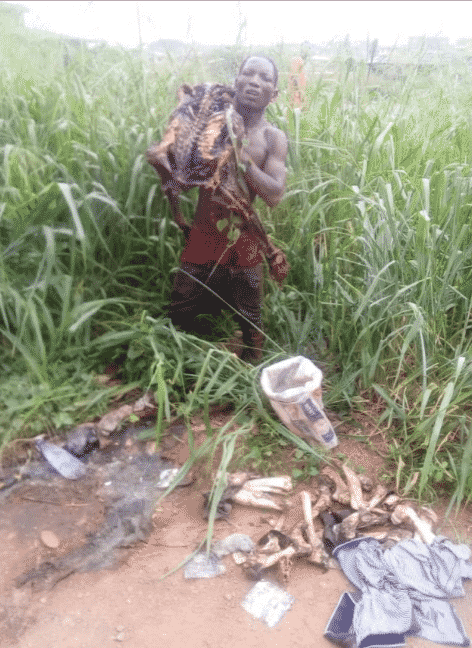 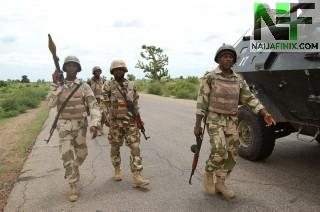 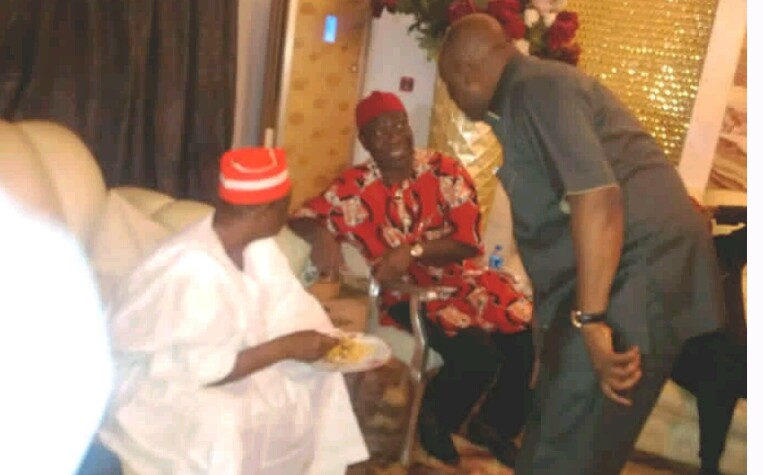 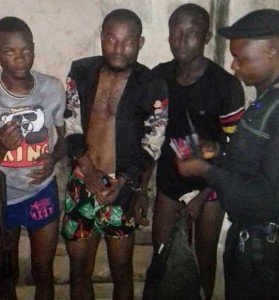 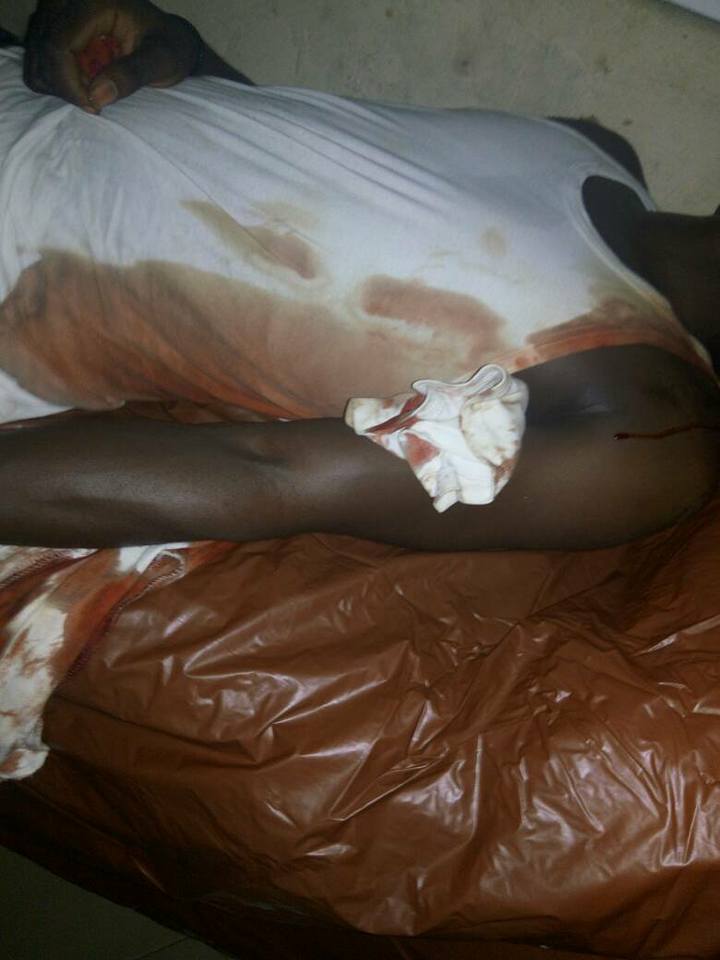 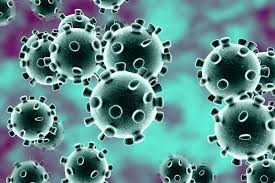