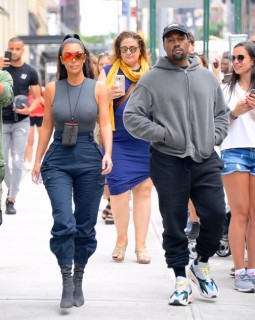 The mother-of-four appeared via videoconference and was put under oath in a Los Angeles courtroom.

Kanye West, who has been spotted in Miami this week, was not present nor did he take part in the hearing remotely.

He had objected to the move, but Cochran overruled it.

Judge Steve Cochran asked Kim a series of questions, including “is it your desire to become a single person?”

Kardashian answered “yes” to all.

“It is granted,” Cochran said.

The judge’s move, known as bifurcation, allows a person amid a complicated divorce to become legally single while issues of child custody and property are worked out.

The judge also made rulings on documents Kanye West filed last month, in which he requested three legal conditions.

The first – that the parties’ money is reimbursed before there is a final judgment on the property should either party die – was granted. However, the judge reportedly rejected West’s two other requests – that Kardashian would not transfer assets she had in a trust and that if Kardashian remarries she would waive the “marital privilege.”