A 33 year old korean bought his dream car after 15 years of hard work but afterwords reported that the S-Class’s engine stopping running on three separate occasions. 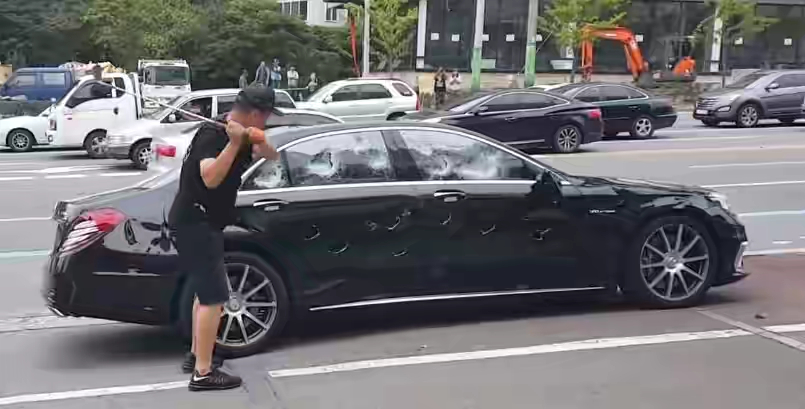 The owner then took the car back to the local Mercedes dealer who apparently promised to exchange the car if the engine suddenly stopped again.

When the engine did in fact stall for a fourth time while the driver was behind the wheel with his family on board, he immediately headed back to the dealership. The dealership workers told him that they couldn’t do anything until their boss returned from an ongoing business trip.

Not satisfied with this explanation, the frustrated owner decided to smash his car using golf club with his own hands.

“The Mercedes-Benz S63 AMG was my dream car since I was little,” “I worked hard for 15 years to buy this car, but the car crushed my dream and almost killed my family. Now, the company is completely ignoring the situation.”

He said that he would pay off the installments to the leasing company, whatever it takes. “But now I just feel good that I damaged this deadly vehicle.”

Can you show your displeasure to a car dealer/manufacturer by smashing your car with a golf Stick ,just to prove a point?