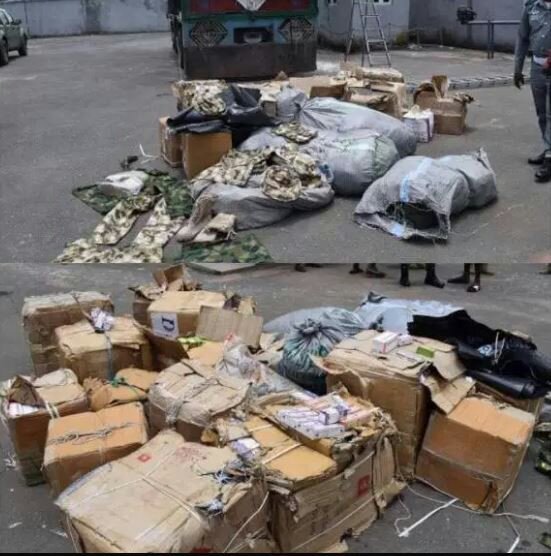 A mobile patrol team at the Onitsha, Anambra State, Head Bridge axis of the Federal Operations Unit Zone ‘C’ Owerri, on Friday, intercepted the truck with military hardware and medicament concealed within.

Comptroller Olusemire Kayode gave a breakdown of the intercepted consignments as including:

Others are 10 cartons of new flip chart board, 51 cartons of lion school chalk, one carton of file. Kayode stated that the seizure was made following a tip off from informants.

He urged the public to emulate such patriotism and forward valuable information to the Service, adding that two suspects are in custody and thorough investigation is ongoing.