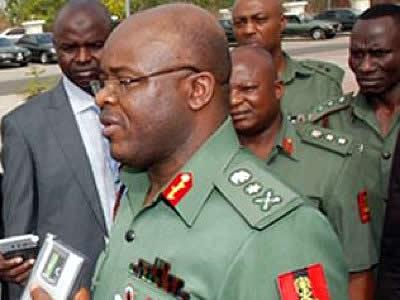 Mr. Ihejirika, a retired lieutenant-general, arrived at the EFCC headquarters in Abuja around 11:00 a.m. Wednesday and was subsequently ushered into an interrogation room, PREMIUM TIMES learnt.

Mr. Ihejirika, 62, led the Nigerian Army from September 2010 to January 2014 when he was dropped by President Goodluck Jonathan over his handling of the Boko Haram war.

His visit to the EFCC comes about 20 months after President Muhammadu Buhari said Mr. Ihejirika and others should be prosecuted after they were indicted by a panel of inquiry that probed the arms scandal, now widely dubbed the Dasukigate.

“He is being questioned as related to the procurement of arms and ammunition during the time he held sway as Chief of Army Staff,” an EFFC official told PREMIUM TIMES under strict anonymity because he was not an authorised spokesperson for the anti-graft agency.

“He will be released on administrative bail as soon as preliminary interrogations are over,” another source under anonymity said.

EFCC spokesperson Wilson Uwujaren did not respond to requests for comments.

Mr. Ihejirika said he didn’t immediately have answers to some of the questions thrown at him and sought the permission of his interrogators to go back home and retrieve more details relating to the arms purchase affairs, PREMIUM TIMES learnt.

Mr. Ihejirika was eventually released on administrative bail on Wednesday night. He was asked to return on Thursday, PREMIUM TIMES learnt.