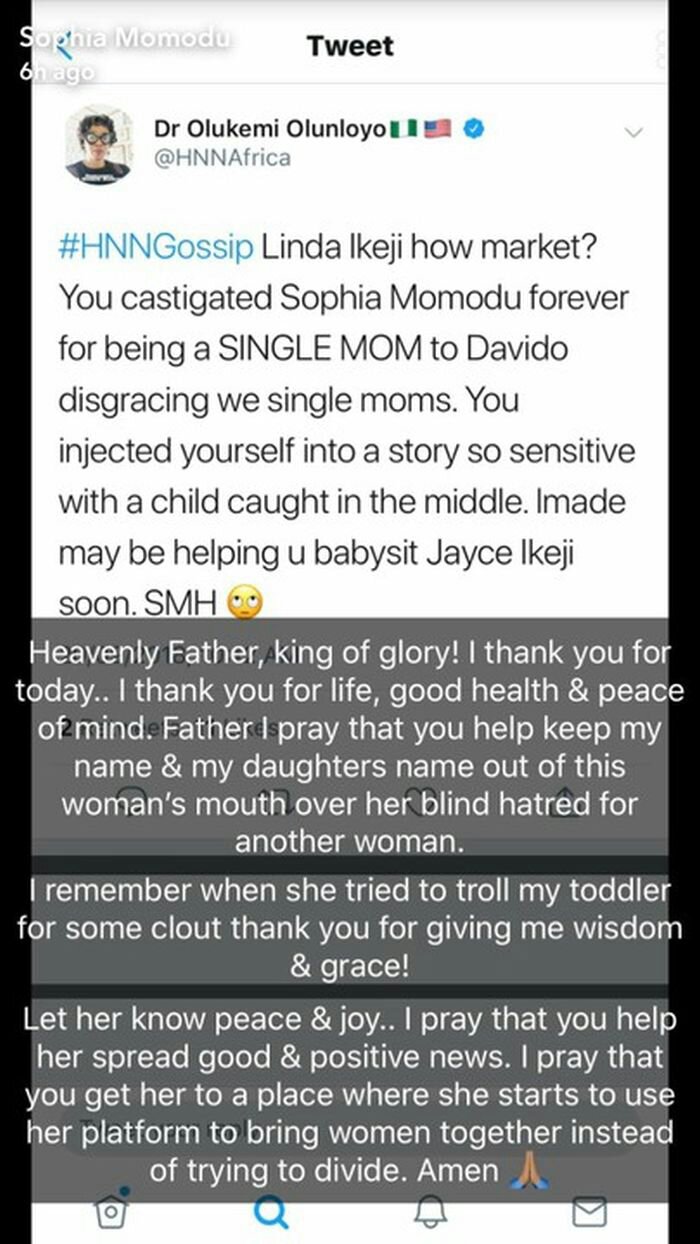 Davido’s babymama, Sophia Momodu who took to Snapchat to pray for Kemi Olunloyo who dragged her into a beef with blogger, Linda Ikeji, has gotten a response from the controversial journalist. 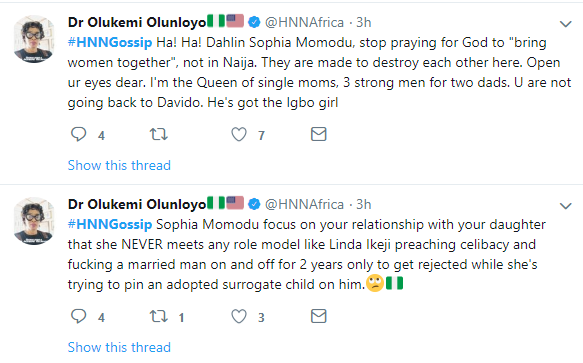