Dino Melaye To FG: “I Will Fight You With My Last Drop Of Blood” 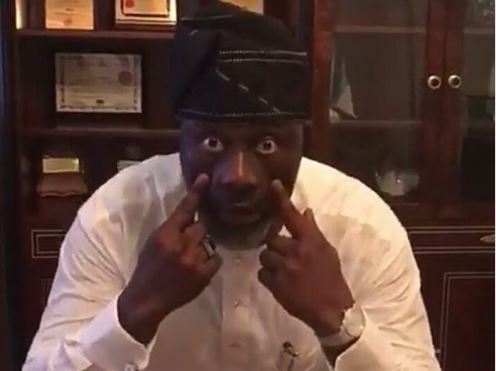 Senator Dino Melaye has made it clear that he is ready to fight any move by the Federal government to silence him or shut down his criticisms.

Melaye, a senator who represents Kogi-west in the Senate, reacted via social media to a two count charge filed by the FG against him for allegedly giving false information to the police in relation claims he made on April 17 of an attempt on his life. He wrote on Twitter;

“The same police who paraded the assassination, their weapons, the car they used, have confessional statements of suspects, ask me who are my suspects now colluding with Minister of Justice to arraign me for misinformation over a case that is in Court where the court have accepted the statements of suspects as exhibits.

Me a victim of assassination attempt is now to face trial. I will fight you all with the last drop of blood in my body. I will never be cowed or made to be silent over perfidy, Corruption, injustice and Mal- administration either Kogi or the presidency. In an unjust society silence is a crime. I will not stop speaking the truth to power at all levels. You will continue to hear from me at all times. If I die in the process so be it. I ready for una.”