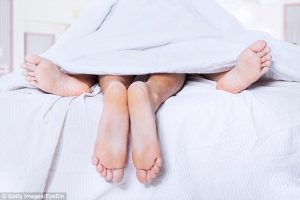 Revealed: The Most Dangerous Sex Positions According To Doctors – And MISSIONARY Is The Second Most Risky

In a new study called the “relationship between sexual position and severity of penile fracture” published on the International Journal of Impotence Research, doctors have analysed which sex positions were the most dangerous for men.

ALSO READ: The Meanings Of The Different Types Of Noise Women Make During Sex

In the new research, although “Missionary” is regarded as the least exotic and adventurous of all the positions, it came out as second most dangerous, while “Doggy style” took the top spot and “Cowgirl” came in third – because the penis is more likely to be bent too much at an angle in these two positions.

In the study, experts looked at the “relationship between sexual position and severity of penile fracture” in heterosexual partnerships and they then categorised different sex positions according to which posed the most danger to men.

It was learnt in the study that “doggy style” was the biggest offender, causing 41 per cent of penile fractures.

Missionary was the second most threatening, causing 25 per cent of penile fracture cases, followed by sex with the woman of top.

The doctors gathered data by examining 90 patients who had been diagnosed with penile fractures and subsequently assessed the dangers of different sex positions by analysing the mechanisms of each individual’s injury.

Participants had an average age of 39.

They also found that missionary and “doggy style” showed more associations with “bilateral fractures of the corpus cavernosum and urethral lesions.”

Despite being one of the more popular positions, ‘doggy style’ can lead to the unsuspecting man hitting a woman’s pelvic bone, causing it to potentially snap.