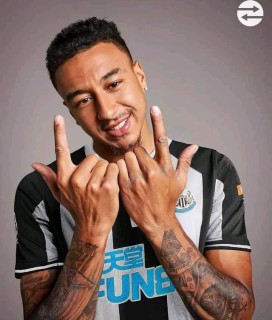 Newcastle United have agreed a Pre-Contract with Jesse Lingard. The 29 year Old is set to Join them in the Summer for £30M.

The winger has been heavily linked with a move away from Old Trafford as his contract winds down towards its expiration, with the England international set to become available for free in the summer.

Lingard has found himself very much a bit-part player for United this season, having decided to remain with the club last summer following his successful loan spell at West Ham.

A number of clubs have been touted as possible destinations for him during the January window, although as of yet, nothing has yet materialised.

But, as the clock ticks towards the deadline, Lingard could well have finally found his solution.

According to 90min, Newcastle have agreed personal terms with the 29-year-old ahead of a move to St James’ Park.

The Magpies are said to be finalising a deal that will take Lingard to St James’ Park before the window closes at 11pm today.

Lingard’s move could be just one of a few completed on deadline day, with Donny van de Beek and Dean Henderson also linked with loans.

Elsewhere, Newcastle are also claimed to be battling it out with United over the signing of Ousmane Dembele from Barcelona.

The former Borussia Dortmund forward has found himself surplus to requirements at the Camp Nou following Adama Traore’s move on loan from Wolves.

The 24-year-old has been consistently linked with a move to the Premier League, with United regularly among the host of clubs said to be interested.

According to Marca (via the Express ), Dembele’s agent has met with Barca boss Xavi and the club’s chiefs, who have told him his player needs to find a new club this month.

To that end, Newcastle are said to be interested as they continue their splurge following the Saudi takeover of the club, while United are also said to retain an interest.