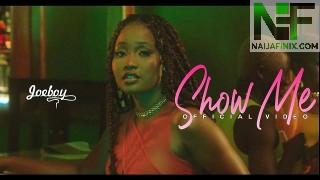 Over the past few weeks, ‘Show Me‘ has gradually been climbing music charts; It was taken from off Joeboy’s debut album, ‘Somewhere Between Beauty and Magic‘.

The video was shot and directed by creative cinematographer, Ademola Falomo.