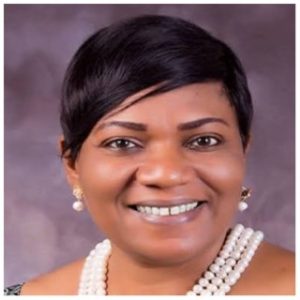 The sanctioned scribe also sued the Inspector General of Police, Usman Baba in a suit before the Federal High Court Abuja.

The application FHC/ABJ/CS/1426/2022 was filed by Murtala Abdul-Rasheed, a Senior Advocate of Nigeria (SAN).

Oduah is challenging her suspension after an emergency meeting of the National Executive Committee (NEC) on August 15.

The secretary was removed in an unanimous decision after deliberation on issues including incompetence and disobedience to lawful directives.

The litigant wants the action declared unconstitutional, and of no effect. She insists it violates Section 36 of the Constitution of the Federal Republic of Nigeria, 1999 (as amended).

The application asks the court to determine whether the 3rd – 11th Defendants have the power to suspend the plaintiff from the office.

It asked the court to declare the resolution of the NBA emergency meeting null, void, illegal and unconstitutional.

Oduah argues that her suspension was not among the agenda of the August 15 meeting and should be declared null and void ab initio and a breach of right to fair hearing.