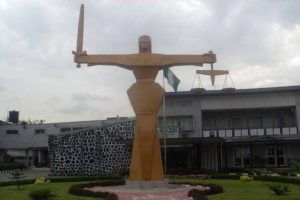 Karmo Grade 1 Area Court in Abuja on Friday sentenced a driver and a sales representative to 10 months imprisonment for stealing yogurt valued at N10, 800.

The convicts, Docholom Nuhu of Mpape Katampe and Adamu Ali of Mabushi, both in Abuja, were sentenced after they pleaded guilty to the two-count charge of joint act and theft.

The judge, Mr Abubakar sadiq, however, gave each of the convicts an option of N10,000 fine.

He warned them to be of good behaviour and to desist from committing crime after serving their sentences.

Earlier, the prosecutor, Florence Auhioboh, told the court that one Chijioke Ugwuoke of Shop 30, Block B, Wuse market, Abuja, had on Dec. 20, 2017 reported the case at Wuse Market Police Station.

She said that the convicts formed criminal intention and dishonestly made away with six cartons of Hollandia yoghurt valued at N10,800 from the complainant’s shop without his consent.

The prosecutor added that during police investigation, the stolen items were found in their possession.

She said the accused persons confessed that they had been stealing goods from the said shop.

The prosecutor said the offence contravened Sections 79 and 289 of the Penal Code.