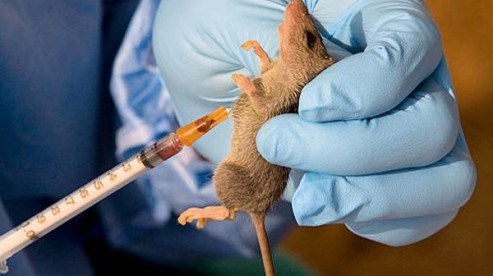 The Ebonyi State Government on Thursday announced the immediate closure of all public and private schools cross the state for 7 days.
The closure was deemed necessary following the outbreak of Lassa fever in the state which had so far claimed 3 lives with several others admitted in the hospital. The State Government has already released N7 million as part of containment measures against the outbreak of the disease in the state.

Governor David Umahi announced this while speaking to reporters over the outbreak of the virus at the Government House, Abakaliki. He explained that the money was to enable the state government source for experts who would fully activate the virology centre and embark on contact tracing in the state.

He also expressed sadness over the condition of the virology centre which was handed over to the Federal government in 2016, emphasizing that the State Government was ready to spend more funds to ensure that it becomes fully operational.

He added that his government had incorporated representatives of the Nigeria Medical Association into a Lassa fever committee set up to help in the monitoring of cases in areas where dead victims received treatment and care.

Two health workers, a nurse and a doctor, have died after contacting the disease form their patients.

The State Commissioner for Education, Prof John Eke, announced the closure of the schools in a statement released from his office this morning. Eke says the decision was taken following a mother and her child who tested positive to the disease yesterday.

He added that to ensure the safety of the lives of school children in the state, the schools will remain closed till Friday next week and warned parents to be mindful of who they relate with and ensure that they keep their environment clean.

Lassa fever is an acute viral haemorrhagic illness of 2-21 days duration that occurs in West Africa. The Lassa virus is transmitted to humans via contact with food or household items contaminated with rodent urine or faeces.