The Independent National Electoral Commission, INEC, on Tuesday, tendered in evidence before the Federal High Court in Abuja, the nomination form Governor Godwin Obaseki filled and submitted for the purpose of the governorship election that held in Edo State on September 19.

Justice Ahmed Mohammed admitted and marked the document known as Form EC9, along with other attachments that accompanied it, as Exhibit PL-2.

He dismissed objection the Peoples Democratic Party, PDP, raised to query the admissibility of the document which INEC was summoned to produce before the court in the forgery case the All Progressives Congress, APC, instituted against Obaseki.

The APC had in the suit it jointly filed with one of its members in Edo, Mr Williams Edobor, alleged that Obaseki forged the University of Ibadan degree certificate he submitted to INEC in aid of his qualification for the election.

In the suit marked FHC/B/CS/74/2020, the Plaintiffs equally alleged that there were discrepancies in the subjects that Obaseki claimed he passed in his West African Examination Council (WAEC) exam and subjects in his testimonial.

Consequently, they are praying the court to declare that Obaseki’s claim in his INEC form EC9 at column C, sworn to on June 29, 2020, at the Federal Capital Territory High Court Registry to the effect that he obtained from the University of Ibadan in 1979, a Bachelor of Arts Degree in Classical Studies is false and contrary to Section 31 (5) and (6) of the Electoral Act, 2010.

As well as an order declaring that Obaseki lied on oath when he swore to an affidavit on June 29, 2020, that he worked in Afrinvest Limited from 1994 to 2014 when he retired.

Meanwhile, at the resumed hearing of the case on Tuesday, following a subpoena that was issued against it on December 23, INEC, produced a Certified True Copy, CTC, of Obaseki’s nomination form, through one of its legal officers, Mr Samuel Omale.

Obaseki’s lawyer, Mr Ken Mozia, SAN, and that of the PDP, Mr Razaq Isenalohme, had insisted that Omale who appeared as the second principal witness in the case, PW-2, lacked the capacity to tender the document in evidence.

They argued that under the rules of the court, the INEC official was not supposed to be sworn on oath before the court since he was merely subpoenaed to produce documents and not to tender them as a witness in the matter.

Mozia, SAN, argued that the PW-2 did not file a written witness deposition as required by Order 20 Rule 3 of the Federal High Court Rules, adding that the documents were not duly certified as prescribed by the Evidence Act.

“My lord, ex-facia from the document, there is no proof of payment as mandatorily required by section 104 (1) of the Evidence Act”, he added.

Similarly, PDP’s lawyer, Mr Razaq, argued that the Exhibit sought to be tendered was a computer-generated document that was downloaded from INEC’s website, contending that it did meet the requirement of section 84 of the Evidence Act.

He said since it was computer-generated, there ought to have been a certificate that was attached to it.

On its part, INEC, which is the 3rd Defendant in the suit, through its lawyer, Mr M. A. Bawa, said it was not opposed to the admissibility of the document.

Responding, counsel to the Plaintiffs, Chief Akin Olujimi, SAN, urged the court to dismiss the objections.

“I agree that when a witness is subpoenaed to produce a document pursuant to section 219 of the Evidence Act, that such a person does not become a witness by the mere fact that he produced the document and cannot be cross-examined, unless and until he is called as a witness.

“However, the mere fact that a witness was sworn on oath in error does not derogate from the fact that he was merely subpoenaed to produce a document and cannot be subjected to a cross-examination”, Olujimi submitted.

The Plaintiffs’ counsel said in the interest of justice, he would not object to the court allowing the Defendants to cross-examine the PW-2, stressing that the document INEC was subpoenaed to produce, was already pleaded by all the parties in the matter.

“There is no element of surprise here because both the Plaintiff, the 1st and 2nd Defendants are also seeking to rely on this same document.

“This is an official document in the custody of the 3rd Defendant (INEC), to whom it was submitted to by the 1st Defendant.

“INEC is the 3rd Defendant in this case. There is no way I can ask an adverse party to come and make a statement on oath. The only way to bring him before your lordship is by an order compelling him to appear before this court”, he added.

He equally denied that the document was downloaded from a website.

In his ruling, Justice Mohammed noted that though the PW-2 was not supposed to be sworn on oath, he held that the document sought to be tendered was “very relevant and should not be rejected on the ground that there was an error in the manner it was produced by the witness”.

Justice Mohammed held that since a substantial part of the suit centred on the Form EC9, it made the document very relevant.

“In fact, without the Form EC9, this case will collapse like a pack of cards”, the Judge held, adding that the Defendants were at liberty to cross-examine the witness.

While under cross-examination, the PW-2, told the court that in line with COVID-19 protocols, the Form EC9 was published online for candidates to download, fill and upload on INEC’s website.

Asked if the copy he tendered before the court was downloaded from the website, the witness said: “This is a copy from the file that we have it in our custody. It is also part of what the 2nd Defendant filled and submitted online”.

The court held that the suit had turned to an academic exercise since the crux of the action was to stop Ize-Iyamu from participating in the election that had since been held and won by the PDP and its candidate, Obaseki.

PDP had in the suit marked FHC/ABJ/ CS/69/20, contended that Ize-Iyamu was not a product of a valid primary election.

It told the court that the indirect primary election that produced Ize-Iyamu was conducted by the Adams Oshiomhole- led executives of the APC, at a time they were already sacked by a High Court of the Federal Capital Territory, with the decision affirmed by the Court of Appeal 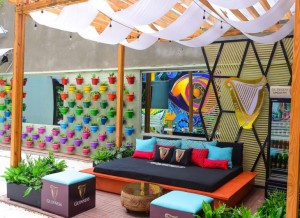 See How Much It Cost To Set Up BBNaija Lockdown House 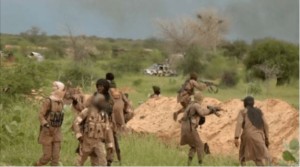 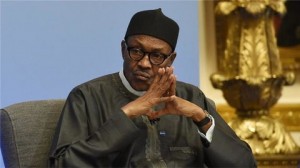 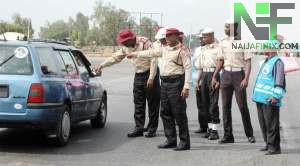 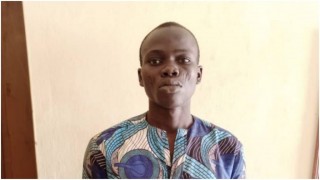 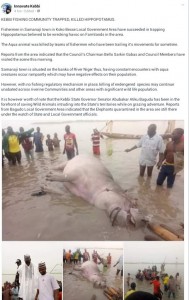 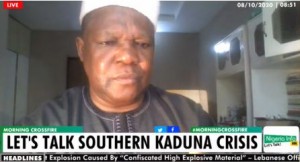