El-Hadary, 45, who plays for Taawon in the Saudi Arabian first division captained his country in what was also his World Cup debut in the game and also made a spectacular penalty save in the game which took place at the Volgograd Stadium.

Despite both nations’ elimination from the 2018 World Cup tournament, Egypt were defeated 2 – 1 by Saudi Araba.

El-Hadary, who won his 159th cap for his country with that appearance, made his full international debut aged 23 back in 1996. The goalkeeper has won four African Cup of Nations titles with Egypt since making his debut for the country. 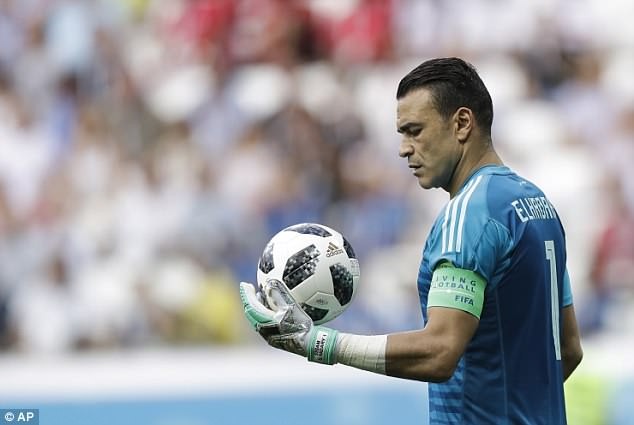