EPL: Rashford Out Till October Due To Muscle Injury 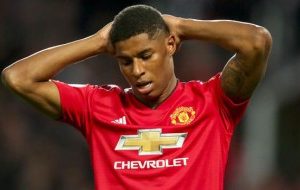 Manchester United’s manager, Erik Ten Hag, has confirmed to journalists that Marcus Rashford will not be available injury for the Europa League tie against Sheriff Tiraspol.

“He’s not available. The consequence after Arsenal, he has a muscle injury,” the Dutch tactician said ahead of the Red Devils’ trip to Sheriff Tiraspol. “No, I don’t think too long (his absence), but I cannot tell how long. It’s not really bad and we expect him to be back quite soon in the team.”

“It’s quite obvious and quite clear (he can). He played really good seasons and this season he has had a great comeback. He’s shown his great potential and quality.”

The in-form striker will be looking at using the international break to get fit and return early next month for the Manchester derby.