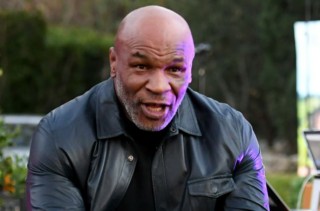 A former world heavyweight boxing champion, Mike Tyson, has been filmed repeatedly punching a passenger on a plane. He was reported to have become irritated by the man’s attempts to talk to him.

Mobile phone video appears to show Tyson, 55, leaning over the back of his seat and delivering a flurry of blows to the passenger as another man says: “Hey Mike, Mike, let’s stop that, c’mon.”

A passenger filming the altercation says from behind the camera: “My boy just got beat up by Mike Tyson.

Earlier Tyson was said to have posed for a selfie with the man and his friend as they boarded the flight in San Francisco. However, he reacted after the man “would not stop provoking him”, the TMZ entertainment website said.

Tyson “walked off the plane just seconds later” missing his flight to Florida, a witness said. The passenger was said to have received medical attention and was later photographed bruised and bleeding.

A representative for Tyson told TMZ that the passenger had been aggressive. “Unfortunately, Mr Tyson had an incident on a flight with an aggressive passenger who began harassing him and threw a water bottle at him while he was in his seat,” Tyson’s spokesman said.

US police and the JetBlue airline made no immediate comment.