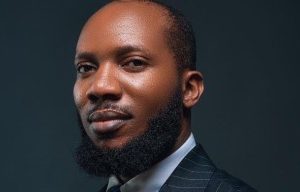 A Senior Advocate of Nigeria (SAN) and human rights lawyer, Femi Falana has vowed to secure the release of the National Legal Adviser of the African Action Congress (AAC), Inibehe Effiong, who was on Wednesday sentenced to prison by the Akwa Ibom State Chief Judge, Ekaette Obot “without trial.”

SaharaReporters reported that Justice Obot sentenced Effiong to one month in prison over alleged contempt during proceedings on a libel case between Akwa Ibom State Governor, Udom Emmanuel and Barr. Leo Ekpenyong.

Reacting to the incarceration of the human rights lawyer, Falana maintained that he (Effiong) did not commit any offence to warrant his imprisonment, and assured that “we shall secure his release.”

Falana, who had asked a colleague in Uyo to apply for the Certified True Copy of Wednesday’s proceedings said that “Once we are furnished with the record, we shall file the necessary processes with a view to securing his liberty as soon as possible.”

Ajulo said Effiong “must be released immediately,” as “sentencing without trial is definitely not permissible under our jurisprudence, particularly when the issue is criminal in nature.”

Ajulo in a statement signed by himself said, “The presiding judge, with respect, cannot be a judge in her case and our judges have been warned when faced with cases of contempt to be cautious in dealing with such cases.

“The Court of Appeal in the case of OBIUKWU v UGWUERUCHUKWU & ORS (2019) LPELR-46616(CA) has this to say to such situation; “Courts have always been admonished to be circumspect while handling contempt proceedings…

“Contempt of Court was not meant to be wielded by the Court as an instrument of intimidation, or a club of offence, to harass and subjugate and hew down litigants, lawyers and persons within the precincts of the Court, or outside. Contempt is not meant to be used as a weapon or means of showing strength and power by the Judge.

“It was against this background that I forcefully urge that Mr Inihebe Effiong should be released unconditionally and immediately.