Fani-Kayode Reacts After Tiv DPO Is Interrogated Over Killing Of Fulanis In Gboko.

A former Minister of Aviation has taken to his social media handle to wonder why a police DPO of Tiv extraction was whisked to Abuja following the death of some Fulanis. 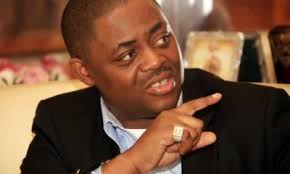 Femi Fani-Kayode, former Aviation Minister has reacted after the Divisional Police Officer, DPO, of Tiv extraction was summoned and interrorgated in Abuja over the killing of some Fulanis.

The Peoples Democratic Party, PDP, Chieftain accused the Federal Government of addressing the issue of killings in the country for too long in a selective manner.
Read what he wrote below:

“Thousands are slaughtered by Fulani terrorists yet Buhari has refused to arrest even one of the killers.

7 Fulani are killed in Benue and not only are dozens of Tiv youth arrested the next day but the Tiv DPO is summoned to Abuja and accused of helping his people to kill Fulanis!”