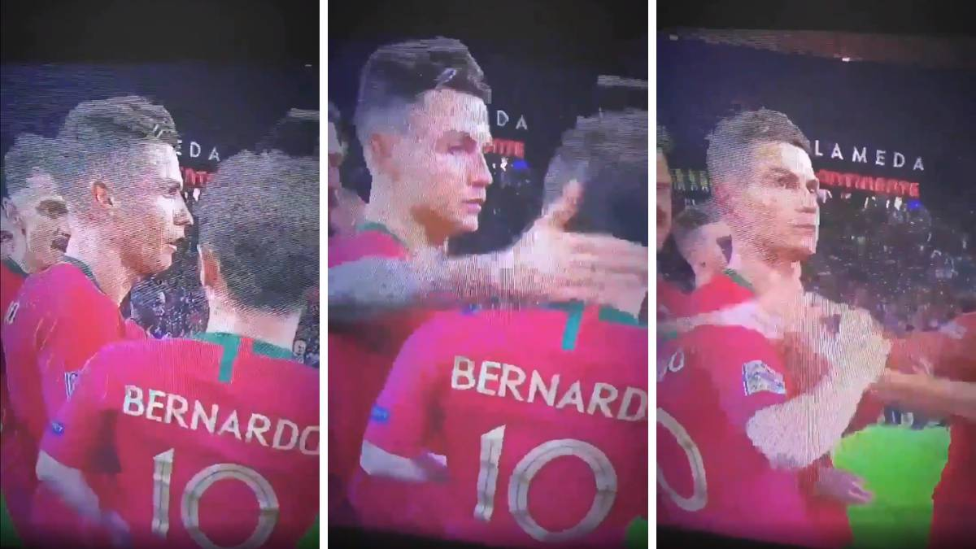 Fans have mocked Cristiano Ronaldo after they claimed he looked unhappy when his Portugal team-mate Bernardo Silva was named the Nations League Player of the Tournament.
The award was presented after Fernando Santos’ side defeated Holland in the Nations League final on Sunday.

People on social media thought Ronaldo looked a bit sad when it was announced that it was not the Juventus star.
One person said: ‘Look how happy ‘the leader’ was when Bernardo got announced as the Player of the Tournament.’

Another added with two laughing emojis: ‘Tears in his eyes.’
Someone else said: ‘He doesn’t even hide it anymore lol.’
Another person said: ‘Me me me all about me.’

Ronaldo scored a hat-trick against Swizterland in the previous round to reach the final.

But it was Goncalo Guedes who scored the decisive winner against Ronald Koeman’s men to lift the trophy.

City star Silva, set up two of Ronaldo’s goals in the semi-final and also assisted Guedes for his strike in the final.