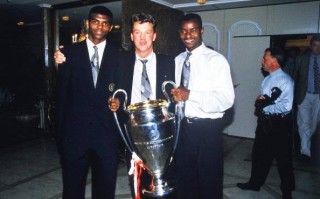 Louis van Gaal, former coach of Finidi George and Nwankwo Kanu at Ajax and current handler of the Netherlands, on Sunday revealed he has been diagnosed with prostate cancer.

“The players don’t know it,” Van Gaal told RTL television, adding that he has already undergone 25 bouts of radiotherapy, including in the evening during training camps with the Dutch team.

“The players think I’m in good health but I’m not,” said Van Gaal, who began treatment last year after his diagnosis in 2020.

“It’s part of my life,” he added, in an interview marking the upcoming release of a film about his life, entitled LOUIS.

“I’ve been through so much in my life, sickness and death, I’ve probably become richer as a person because of all those experiences.”

Van Gaal, in his third term as head coach of the Dutch national side, sparked controversy last month when he described the decision to hold the World Cup in Qatar “ridiculous”, accusing FIFA of having been motivated solely by “money and commercial interests”.

Last week, it was announced that he had tested positive for Covid.

In 1995, Van Gaal led Finidi and Kanu to the Champions League title after a 1-0 win against AC Milan.