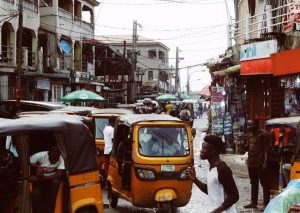 Nigeria’s largest city is ranked 171 out of 172 countries surveyed by the EIU. Its position is still the same compared to last year, which is in the second rank of the most uninhabitable cities.

As stated earlier, the factors that weigh on this city are war, conflict, and terrorism. However, Lagos’ total score rose from 31.2 points last year, to 32.2 points.