Former BBNaija housemate, Teddy A, has lambasted Pere following his altercation with White Money in the house. 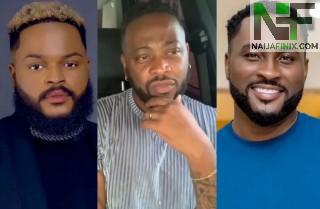 The pair got into a fight last night, with Pere removing his belt which other housemates concluded that he was trying to bully and intimidate Whitemoney.

White money said Pere was trying to pin him down, bully and intimidate him with the way he moved towards him.

Teddy A in a video shared on his Instagram page said what made the whole clash funny was when Pere removed his belt.

”Was he about to beat him with the belt? Like I didn’t get it” Teddy A said