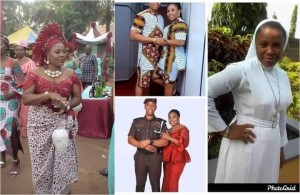 Photos from the wedding ceremony of a Catholic Reverend Sister who quit her religious devotion to get married to a police officer has surfaced, days after her pre-wedding photos went viral on social media.