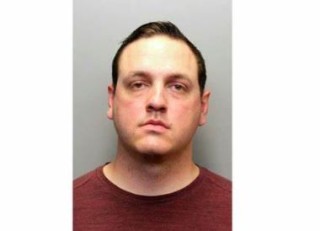 Austin Hopp, a former Loveland Police Department in Colorado, has pleaded guilty to a single charge of second-degree assault on a patient on Wednesday March 2.

Hopp made news headlines in April 2021 after bodycam footage stemming from the June 2020 arrest of Karen Garner, an elderly woman with dementia who allegedly sustained serious injuries after she was violently detained by Hopp and another former officer, Daria Jalali, surfaced online.

Local station 9News reported that Garner, now 75, was detained by Loveland Police after store employees saw her walking out of a Walmart with $13 worth of items she hadn’t paid for.

Hopp, who was charged with misdemeanor first-degree official misconduct and two felonies, including second-degree assault of an at-risk adult and attempt to influence a public servant, accepted a plea deal that would lessen his sentence from 10-30 years to 2-8 years if the case had gone to trial, per CBS4 Denver.

“This result brings significant criminal accountability for his assault of Ms. Garner & shows such abuse of power will not be tolerated”

In May 2021, Garner filed a civil complaint against Hopp, Jalali and a third officer, claiming they violated her rights during the arrest. The complaint further claims that Garner sustained contusions and a bloody nose, and that the officers dislocated and fractured her shoulder as they twisted her into submission.

In addition, surveillance footage from inside the Loveland police station seems to show Hopp, Jalali and former community service officer Tyler Blackett — who is also named in the complaint, reviewing and commenting on Hopp’s bodycam footage.