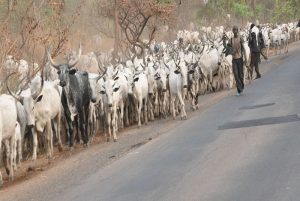 A leader of the Miyetti Allah cattle Breeders in Benue State, Garus Gololo, says the recent attack on two communities in the state was because residents of the communities attacked and stole their cows, the Nation reports. Recall that on New Year day, Fulani herdsmen attacked some Benue communities, killing 20 persons including a pregnant woman.

In an interview with BBC News pidgin English, Gololo said that over 1000 of their cows were stolen at Nengere when their owners were relocating to Taraba through Nasarawa State. He said the herdsmen were only defending themselves from thieves.