Fulani Men Attacked A Boy In Delta State, Injured Him And Blinded One Of His Eyes (See Photos)

Fulani Men Attacked A Boy In Delta State, Injured Him And Blinded One Of His Eyes (See Photos) 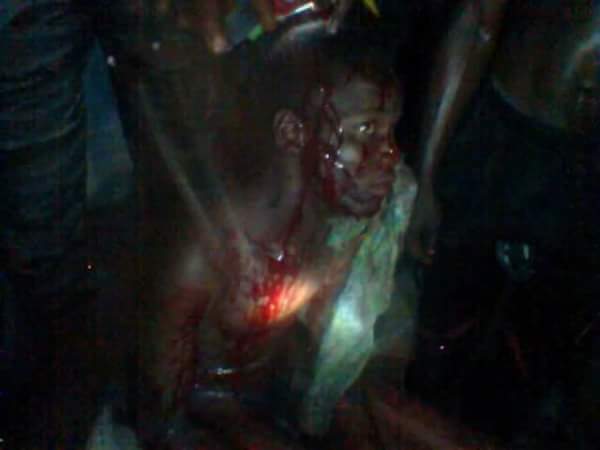 ‘It’s all about phone calls from Odedegho community in Ughelli, Ughelli North LGA of Delta State last night because of these same people called Fulanis who always cause insecurity all over the Country because they own all the security agencies. 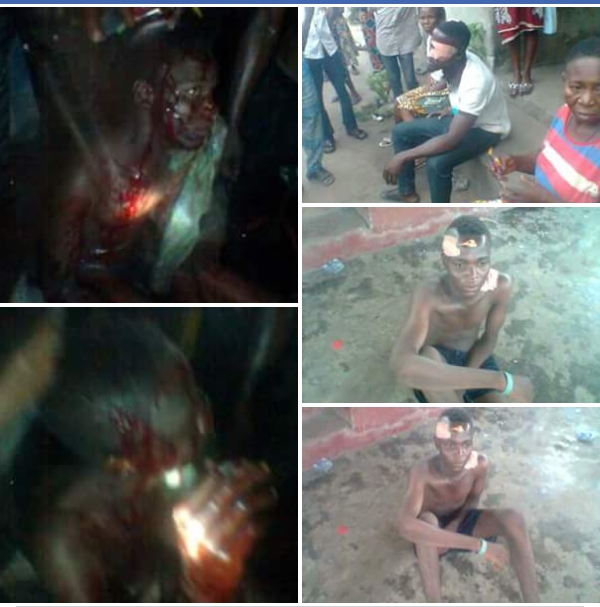 According to a reliable source from Odedegho, at about 02:00pm, three Fulanis were seen at the roadside of Odedegho as a responsible people. And at about 07:00pm, they already turned hoodlums causing havoc on the roadside.

And when the information got to the community, they all mobilized and entered the Bush searching for them. They were seen but they took on their heels and only one was caught which is the one sitting, looking innocent. That’s how they always look. Innocent! They always look innocent but, they’re devil incarnate.

But guess what! Since last night till now, the Nigerian police are yet to respond after several phone calls from the community. What a country?’ 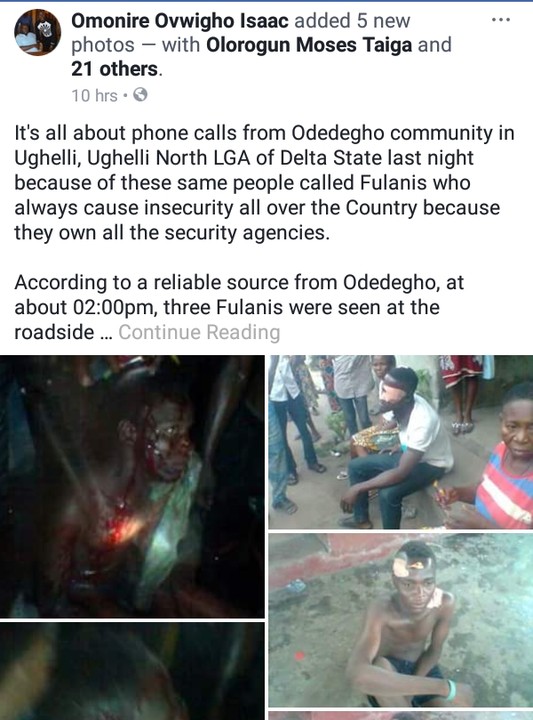