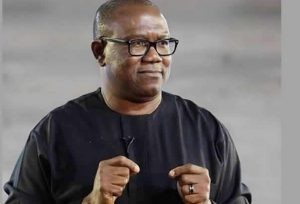 Obi who took to his Twitter to lament the level of treatment being meted to the Nigerian youths, particularly students, described the training of leaders with public funds as a misplaced priority.

Presidential candidate of Labour Congress, Peter Obi has taken a swipe at Federal Government for sponsoring the training of public office holders while Nigerian varsity students are at home due to the ongoing ASUU strike.

Recall that photos of the Speaker of the House of Representatives, Femi Gbajabiamila, emerged online a few days ago as he was undergoing a course at the John F Kennedy School of Government at the Harvard Business School.

Gbajabiamila’s course at Havard, allegedly sponsored by the government came to light amid the controversy and rift between the Academic Staff Union of Universities, ASUU and the federal government.

The industrial action by the lecturers has kept students at home for the past five months with no end in sight.

Obi who took to his Twitter handle on Thursday to lament the level of treatment being meted to the Nigerian youths, particularly students, described the training of leaders with public funds as a misplaced priority.

He wrote, “Our students and future leaders are idling away at homes or in some undesirable places, while our government is spending millions in foreign currency, supposedly training public office holders in Ivy League universities across the world.

“Such misplaced priorities and government misuse of public funds are no longer acceptable, while the future of our youths is being neglected.

“As a matter of adaptive leadership, such training being sponsored with public funds should stop forthwith, until all our schools start functioning optimally. Meanwhile, such training, if need be, must be mandated to happen only within Nigeria. – PO.”