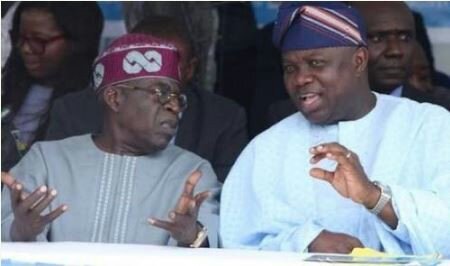 Fifty seven Local Government Areas and Local Council Development Areas Chairmen may have to sacrifice their seats for going against Lagos State Governor, Akinwunmi Ambode, on his second term ambition, should the governor succeeded with a leaked sacking plan of the council’s chairmen, which he had planned to carried out by Friday.

The governor has been suspected of sinister move immediately his second term plan was rejected and became public discussion, particularly after decision makers of his party, All Progressives Congress (APC), cut down his hope on 2019 governorship election that may have had him return to office.

From The Guild finding, there was strong indication that the governor’s hope had all been exhausted, and that that could be the reason for his alleged plan to go down with set people believed to have caused his misfortune, making interventions from top members of the society not to prevail over the matter.

Should Ambode carry out the leaked sack plan of the 57 councils’ chairmen, their only crime would be because they were against their principal’s second term agenda and for also endorsing another anointed aspirant, Babajide Sanwo-olu, while he is still in power and plan to spend another term in office.

However, sources among the chairmen alleged that the governor was on sinister move which could have them go down with him since the party leaders do not want him to have another term in office.

They claimed that part of Ambode’s plan was to deprive them of the new month allocation, often comes through into into Join Account Allocation Committee (JAAC) and that the governor could lay them off before Friday.

One of the sources who spoke to our media organisation disclosed that the entire 57 chairmen had started reaching out to leaders of APC over the Ambode’s plan on learning of the move and that the action could be disastrous to democracy if he was not being called to order.

It would be recalled that the 57 councils’ chairmen were among first set of people who recently endorsed Sanwo-olu to be governor against Ambode whom they claimed had refused to run an all inclusive government.

Meanwhile, a close associate from the state house told The Guild that there was suggestion that the councils’ chairmen should be sent packing from office since they were against the governor.

He disclosed that, during a meeting at Astra Hotel in Ikeja on Monday, the the governor was advised to let the chairmen pay heavily for their actions and also be replaced by caretakers.

According to him, the governor might not go down alone since there is nobody on his side and had tried hard to salvage the situation but failed.

“Ambode is facing re-election trouble and he has been told to go through primary alongside other contenders to test their popularity.

“Time has gone against any plan he has at hand because the primary election is just in five days and i do not think Ambode needs the sacking of those men at this time”.

With five days to governorship primary election in Lagos, 57 councils’ chairmen, 57 councils’ vice chairmen, 57 party chairmen, 377 wards chairmen, 377 councilors, 57 sacked executive secretaries, among others, had in the last two weeks endorsed Sanwo-olu, while Ambode was left unrecognized, with Governor Advisory Committee (GAC) members’ directive that all aspirants should go through primary election and test their popularity.