Graphic Photos Of A Kenyan Boy Who’s Hand Was Re-attached By Doctors After It Was Cut Off.

Graphic Photos Of A Kenyan Boy Who’s Hand Was Re-attached By Doctors After It Was Cut Off. 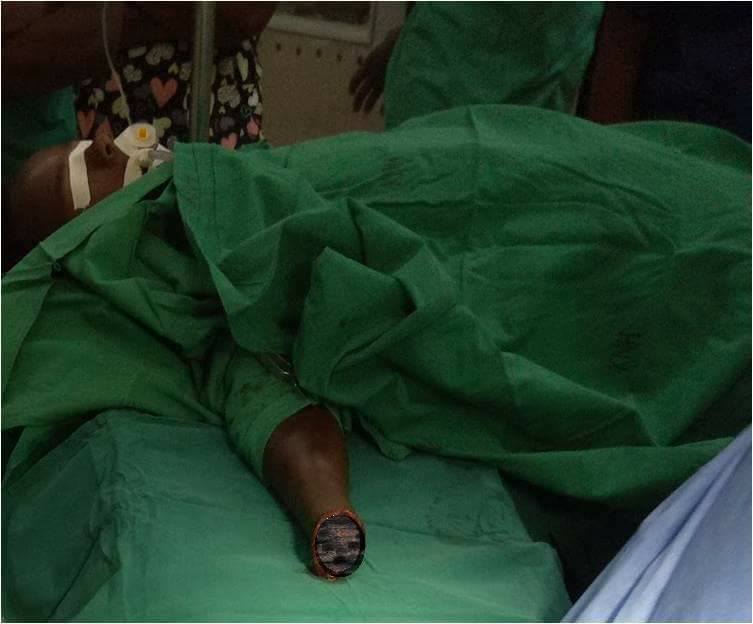 A 17 year old boy, Joseph Theuri from Kiambaa- Kiambu County in Kenya has been given a reason to smile after his severed limb was successfully re-implanting. The teenage boy has his limb accidentally severed by a Chaff Cutter machine.

The boy was referred to Kenyatta National Hospital where the medical intervention immediately commenced by a multidisciplinary team of fifteen (15) specialists and Mr. Theuri’s hand was re-implanted in a highly delicate surgery that lasted over 7 hours.

“Two teams were constituted with one team preparing the hand and the other team working on the stump. This was very important as we were racing against time” Said Dr. Nang’ole.