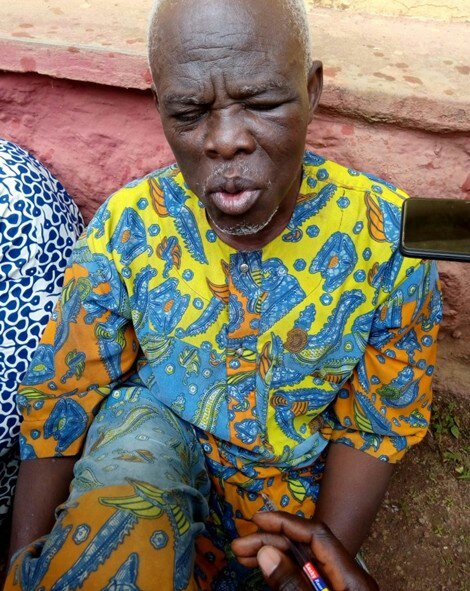 A 62-years-old herbalist identified as Ganiyu Idowu, who allegedly kidnapped and attempted to kill his apprentice for money ritual, has been arrested in Oniyorin area of Abeokuta by the Police in Ogun State.

Speaking while parading the suspect alongside two of his accomplices, Balogun Edun (50) and Mathew Odunewu, at Police Headquarters, Eleweran, Abeokuta on Thursday, the State Commissioner of Police, Ahmed Iliyasu, said the suspects connived on August 30 to commit the crime.

According to PREMIUM Times, Iliyaso said the suspects took Ganiyu Akanni to a river bank at about 11.00 p.m. but were sighted by a surveillance team of the Divisional Police Headquarters, Adigbe with the Federal Special Anti-Robbery Squad (FSARS).

The police boss said, on getting to the river bank, the three suspects grabbed the victim, who was younger than all of them, laid him on the ground and were about to slaughter him when the operatives swooped on them and got them arrested.

“On interrogation, they confessed that the polythene bags with them were to be used to collect their respective shares of the victim’s body parts after killing him,” the commissioner said.

Illyasu added that the victim was later discovered to be an apprentice of the herbalist. He said on completion of investigations, the suspects would be taken to court.