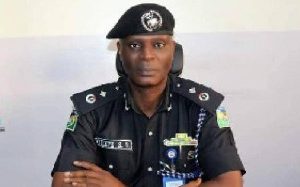 Some suspected hoodlums said to be raiding construction sites at Kobongbogboe area of Osogbo, Osun State, have allegedly beaten a commercial motorcyclist to death.

The motorcyclist, whose name could not be immediately ascertained, reportedly died in the early hours of Saturday at a hospital following injuries he sustained when he was attacked by the hoodlums.

A colleague of the deceased, who spoke on condition of anonymity for security reasons, said the hoodlums numbering three, hired the motorcyclist around noon on Friday, and asked him to take them to some construction sites in the area.

He further said after the victim had taken the perpetrators round the construction sites they wanted to visit, and returned them to Kobongbogboe Junction, they refused to pay him and asked him to take them to other construction sites.

“He refused and at that point, they started beating him. He was beaten till he lost consciousness and they left him. Some of his colleagues close to the scene took him to a hospital for treatment but he died in the early hours of Saturday,” he said.

Some residents, who learnt that police from Ota Efun Division, Osogbo, had arrested the hoodlums, stormed the station and demanded their release to them.

The State Police Spokesperson, Yemisi Opalola, could not be reached on her mobile and a text message sent had yet to be replied as of the time this report was filed.