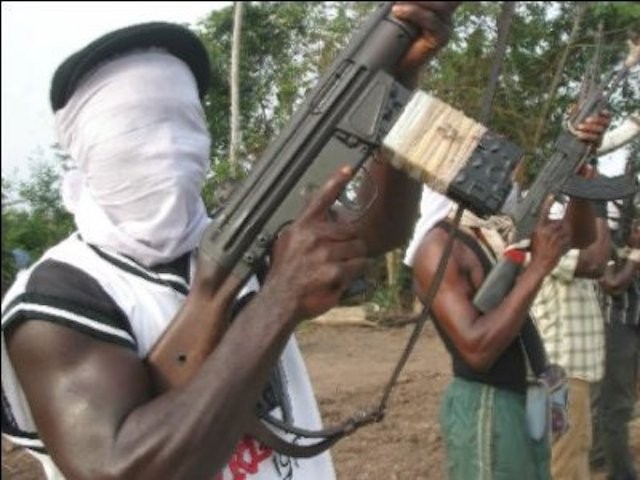 Unidentified gunmen have allegedly killed a family of nine in Rukuba road community of Jos North Local Government Area, a development that sparked tension in the community and other parts of Jos metropolis.

A resident of the area, who pleaded anonymity, told the News Agency of Nigeria, that the gunmen attacked the community on Thursday night.

“Last night, some gunmen invaded this area shooting indiscriminately and in the cause wiped out nine members of a family

“I cannot say what caused the ugly incident but I heard some gunshots and some persons were also injured,” he said.

The PPRO, who could not confirm the accurate number of deaths, said that lives were lost, while many others were severely injured.

He explained that the assailants took advantage of the night rains to perpetrate the “evil” act.

“Yesterday at about 10pm, our Plateau Control Room received a distress call that there were sporadic gunshots at Rukuba Road, a community opposite Kowa Hotel, Jos.

“We immediately mobilised our patrol team to the scene of the crime.

“The gunmen, who took advantage of the night rains to attack residents, were later chased away from the area by the combined team of the Police and men Operation Safe Haven, a military task force.

“Some people were rescued while some persons lost their lives as a result of the attack and others sustained injuries of various degrees,” he said.

Tyopev said that the injured were rushed to Bingham University Teaching Hospital, Jos, where they are receiving treatment.

The PPRO said a combined team of security personnel had been dispatched to flash points to avert a breakdown of law and order, and urged members of the public to remain calm and law abiding.

He said investigation to unravel those behind the crime has commenced.