How Messi And Suarez Stopped Barcelona From Signing Griezmann 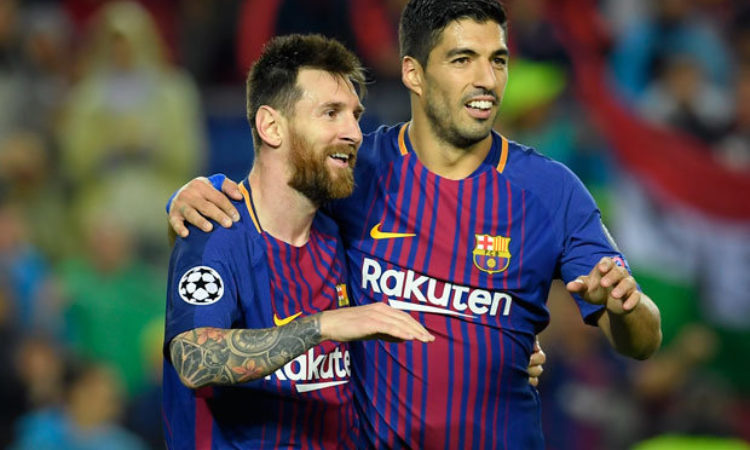 LIONEL MESSI and Luis Suarez reportedly had a secret agreement in order to stop Barcelona from signing Antoine Griezmann from Atletico Madrid this transfer window.

The French forward was believed to have joined the Catalan club based on the news that agreement is already in place this summer after months of speculation. Meanwhile It was believed that due to previous links with the French strike which led to Atletico Madrid filing report against their La Liga rivals to FIFA over an illegal approach of their player.

Which also made Barcelona to publicly apologize despite secretly working behind to convince the player and his representatives for Griezmann’s signature. It was later believed that his arrival will cast a further doubt over Luis Suarez starting place thereby casting spell over his future at Camp Nou.

Barca’s manager Ernesto Valverde favourable formation of 4-4-2, which allows Suarez and Messi link up going forward together, will be affected based on formation if the 27-year-old French forward arrives and which would see the Uruguay star shipped out of the starting line-up.

According to news that Barcelona’s hierarchy favours Messi and Griezmann’s pairing than the current striking due with Suarez because they believe the Atletico striker has many years ahead of him while Messi and Suarez are on their 30s.

According to a secret interview emanating from Nou Camp which have it that the Suarez had met Messi to help block the arrival of the former Real Sociedad forward to join the Catalan club. The news also has it that the relationship between Suarez and Messi is very strong both on and off the pitch and both have vowed for their partnership to continue both in Camp Nou and out.

The French wizard announced earlier this month that he would prefer staying put at Atletico in an interview and made it clear of his intentions to remain at the Wanda Metroloitano side. Griezmann recently put pen to paper on a long time deal that will make him the clubs highest earner.