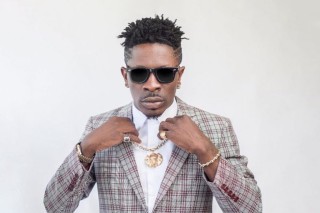 He said “I’m from a broken home. My mother left my father some time ago when we were young. When I was in SS 1, we used to study about 13 subjects in a day and I didn’t have the mind for that. My brain is no factory. So, I told my father that I can’t continue that.

“At that time, he wanted all of us to relocate to the states, Miami to be precise. He had a contract there and wanted all of us to migrate to the US. My mother didn’t think about my father’s plans and left him. She ran from home and left us. My father tried tirelessly to get her back. God is our witness. As a result of that decision, I grew up in hard conditions.”

Wale attended Seven Great Princes Academy at Dansoman, a suburb in Accra, where he demonstrated an affinity for arts and acted in a popular drama series ‘By the Fireside’ at the National Theatre of Ghana.

Shatta Wale whose name is Charles Nii Armah Mensah Jr, is a Ghanaian reggae-dancehall artist but popularly known by his stage name Shatta Wale, formerly Bandana. His best-known singles are “Dancehall King”, “My level” and “We taking over”

He is also known for Already from Beyoncé’s Black is King Album which featured Major Lazer.