Police in Enugu have had a shootout with a gang of  robbers and cultists within Nsukka town and gunned down two notorious suspects.

He  said Police recovered one locally made single barrel gun with five cartridges from the suspects.

The killed suspects have been identified as Igwebuike Ugwu alias Ntu and Ifeanyi Eya alias Hero.  Amaraizu said the two men were members of the Vikings cult that had terrorised the university town of Nsukka.

“One of the deceased, Ifeanyi Eya, alias Hero, was the Capo of the Viking cult group in the university town of Nsukka,’’ he said. 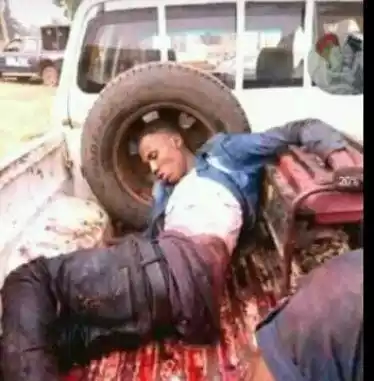 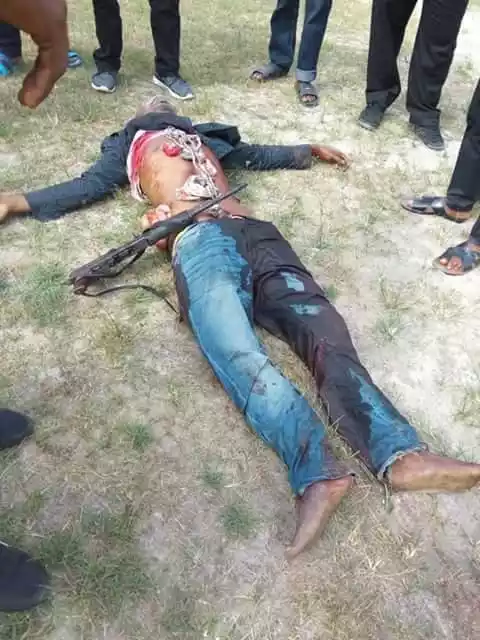 “It was further gathered that the deceased suspects and their cohort have been involved in various armed robbery incidences at students’ hostels at Hill-top Area of Nsukka and its environs”.

Amaraizu said that their corpses had been deposited at Bishop Shanaham Mortuary, Nsukka

He said police swooped on the robbery gang after they received a distress call its members  were operating along Agbu Ugwu lane and dispossessing people of their belongings.

“It was further gathered that suspects  engaged the operatives in a gun duel and were over-powered by the operatives leaving suspects fatally injured while other members of the gang suspected to have been touched by bullets escaped through the bush”.

The Police PRO said manhunt on the fleeing ones have been intensified.