I Am Not Single – Davido Reveals 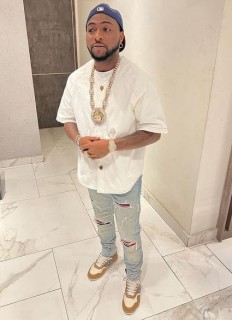 Superstar Nigerian singer, Davido Adeleke has stated that he is in a relationship.

The father of three revealed this during an exchange with his colleague, Peruzzi on Instagram on April 21.

Davido was engaged to Chioma, mother of his son, Ifeanyi, but unfortunately, they fell apart and called off their engagement.

Since then, he has not been associated with any woman.

However he stated  that he is not single.

See his exchange with Peruzzi below…