I Don’t Force My Songs – Tems Speaks Up 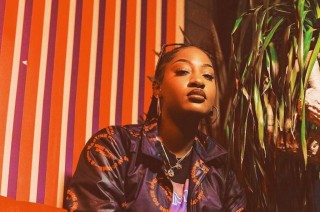 Temilade Openiyi, the Nigerian songstress also known as Tems has said she does not actively try to make songs that will empower listeners.

Tems made this known in episode two of her podcast on Apple radio entitled Leading Vibe Radio.

Continuing, the 26-year-old singer, who gained global recognition after collaborating with Wizkid on the song, ‘Essence,’ said “Art is an extension of you. Everybody cannot like your art because everybody cannot understand you. Everybody cannot receive what you’re trying to send. And what you’re really just trying to send is the truth from your eyes. How you see life, everybody can’t see how life, the way you see life. So why worry about whether they’ll see it from your perspective. If you don’t, you don’t, I’ll be fine either way. I’m still alive.”